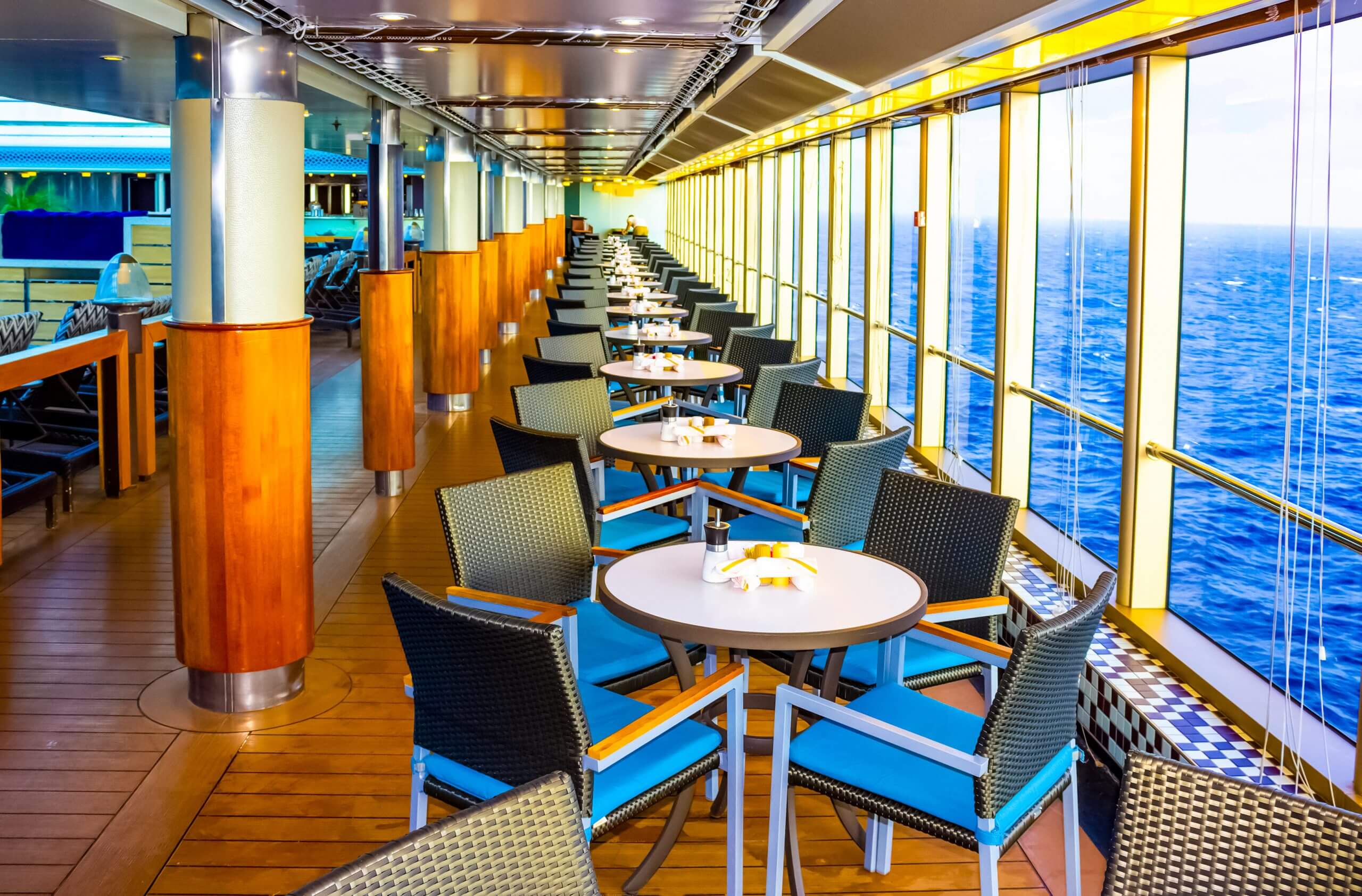 Food waste is one of the biggest issues that maritime vessels are still struggling to deal with. Ships and vessels are typically out on the ocean for prolonged periods of time. Food waste is inevitable from food preparation and consumption. A cruise ship can generate up to 1 kg of waste per passenger per day. However, ships cannot simply dump their food waste into the ocean for a number of reasons beyond the obvious negative impact on the environment.

Food pulpers of the past

One of the original food waste solutions that was popularly used was a food pulper. It works similarly to a garbage disposer, but differs in that it is designed specifically for the disposal of cardboard, paper, and food waste. Pulpers are installed in the galleys and grind waste to a slurry. This waste is piped to a tank. In some instances, this slurry then has the water pressed out of it, leaving behind pulverized, semi dry food waste. 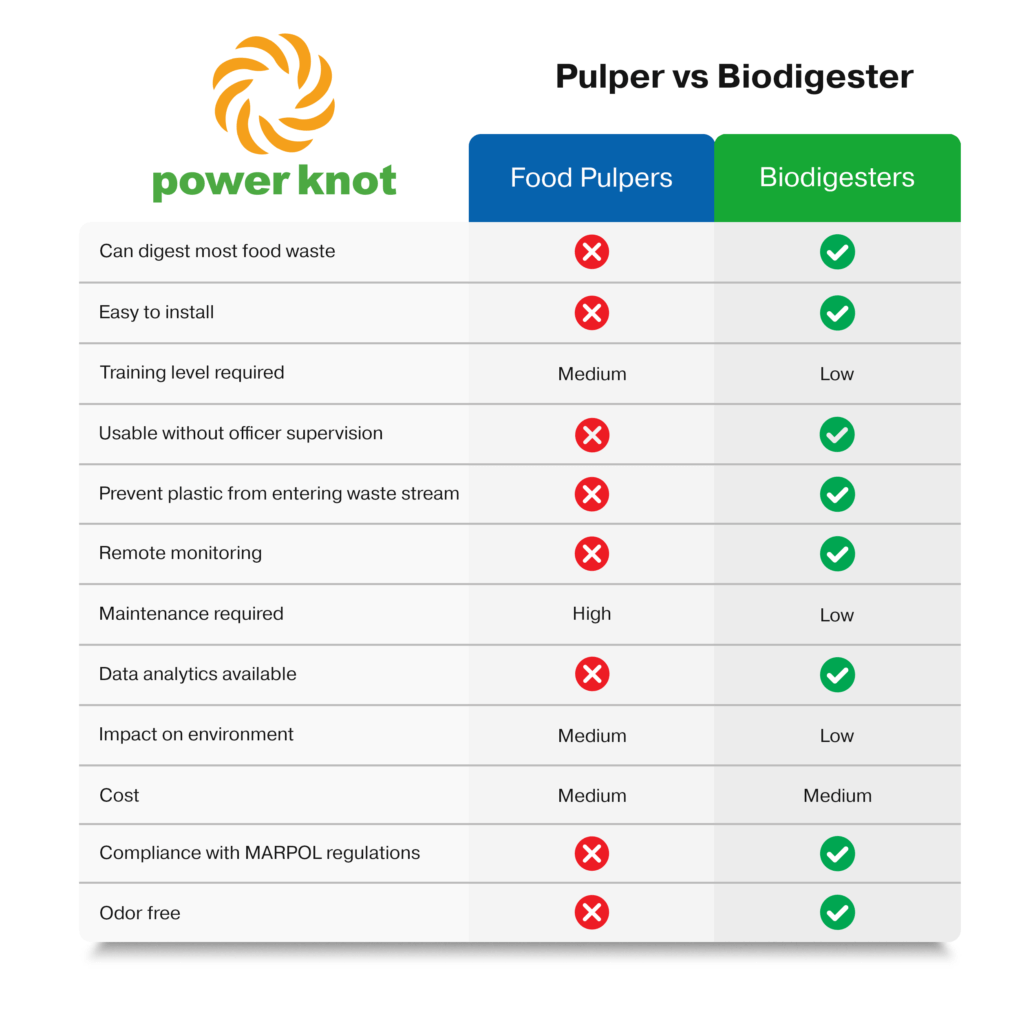 Ideally, food waste from food pulpers should be made into compost. However, this is unlikely to happen due to location and costs of transportation. The slurry of food waste is typically too thick for the sewage treatment plant on the ship and too wet to be incinerated. Further, biosecurity laws prohibit release of the waste slurry into territorial waters or local shoreside sewer systems. The waste slurry might carry diseases or pests and also cannot be anaerobically digested (to create methane) under biosecurity rules. Some vessels further dehydrate the waste slurry for incineration on the ship, but this is done at a high cost of labor and resources.

For many ships, the food waste is stored in refrigerated compartments in the recycling center of a ship. This waste is taken off the ship when at port and dumped on a landfill. This involves a tender to transport the waste to shore at great expense. 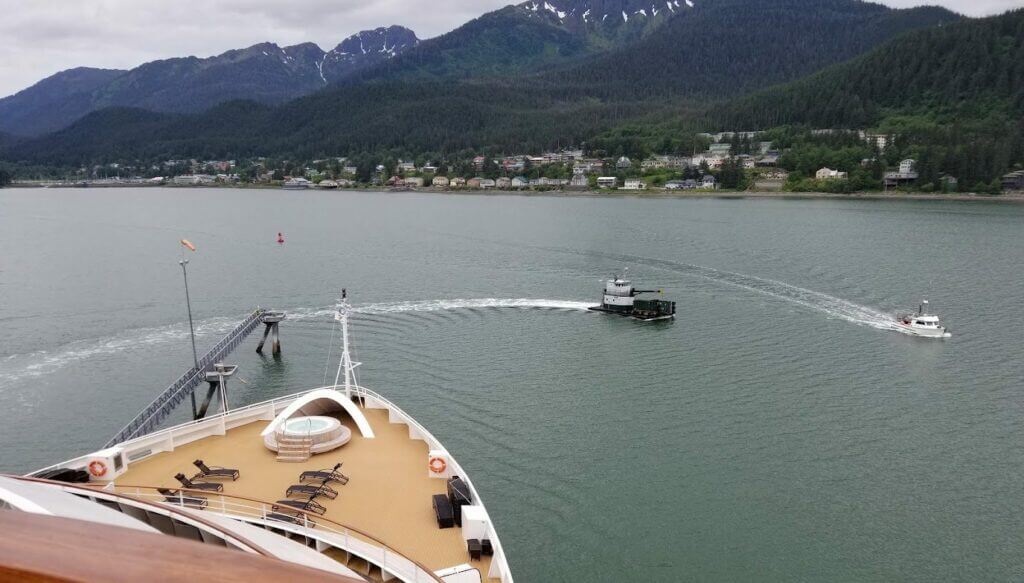 Onboard with modern food waste solution

Biodigesters are a modern solution that can alleviate current food waste issues at sea. Biodigesters are a simple alternative to food pulpers and differ due to reduced oversight and a simple digestion process. Oversight is reduced as biodigesters do not allow plastic utensils to be digested.

The LFC biodigesters turn food waste into water through aerobic digestion. The LFC biodigesters operate without smells, are usually installed in the galleys where the waste is generated, and can be installed in place of a pulper. Alternatively, the machines can be placed in the recycling center. Once food waste is properly segregated from other trash, it can be deposited into the biodigester without the need for the oversight of an Environmental Officer.

The initial upfront cost of a biodigester can be returned through savings in operations on board in most cases within 18 months. The cost of lowered environmental impact, however, is invaluable. Some machines, such as the LFC biodigester, are able to track waste data and analytics. These data and reports can measure how much waste is being digested, and even identify what types of waste are being generated.

Power Knot has installed hundreds of its LFC biodigesters on cruise ships, tankers, FSRUs, and mega yachts. Contact Power Knot to learn more about the LFC biodigester for marine applications.