How Food Waste Impacts the Ocean 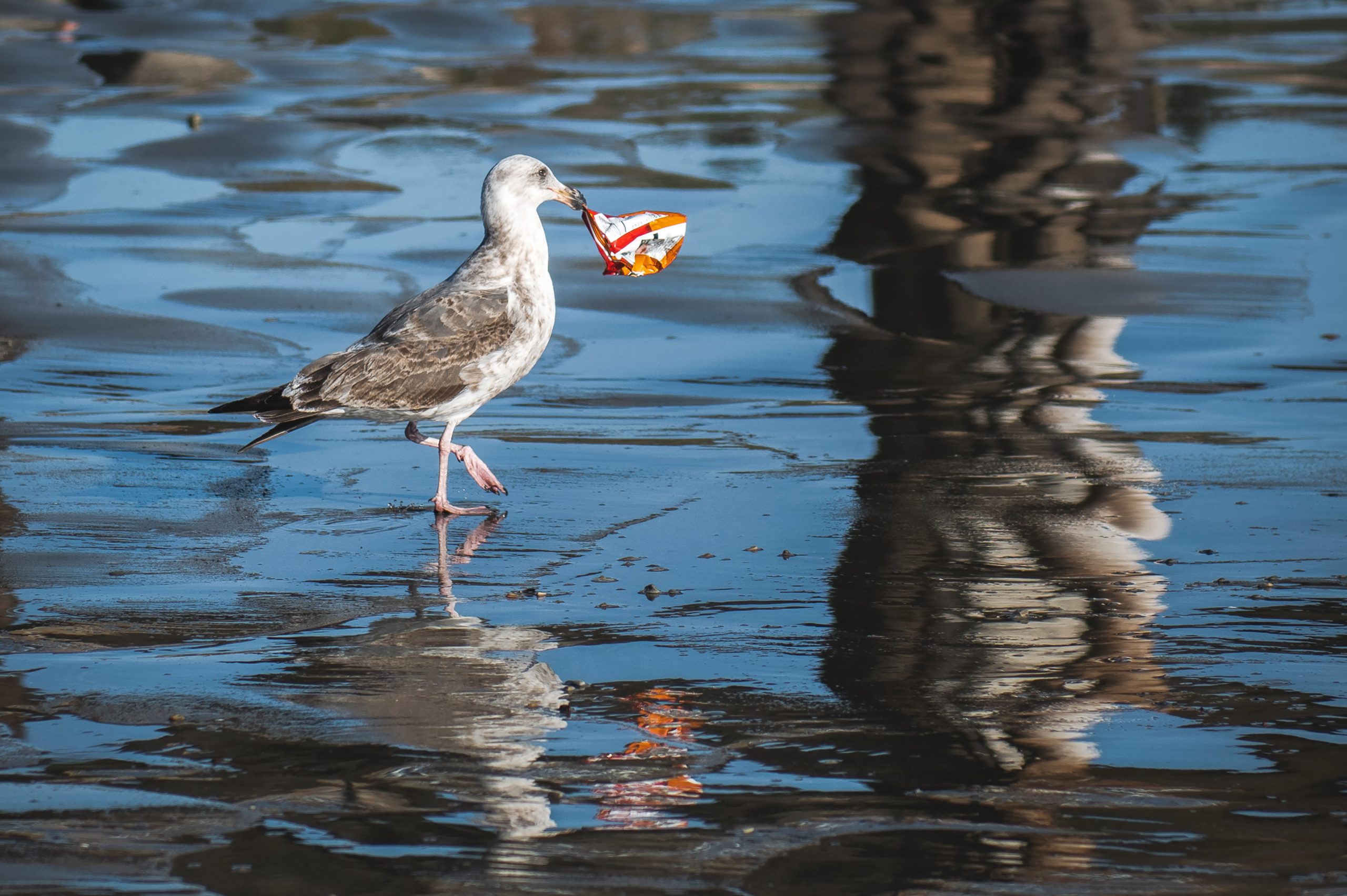 Greenhouse gases are responsible for increasing the temperature of the planet. The primary gases responsible for the greenhouse effect include carbon dioxide, methane, and nitrous oxide. When food waste decomposes in a landfill, it releases methane gas and other noxious gasses. These smelly gasses are why no one wants to live near a landfill; the fact that most landfills are not near residential areas adds to the climate crisis because trucks have to drive long distances to dump the waste. According to the IPCC (Intergovernmental Panel on Climate Change), the impact potential of one ton of methane is comparable to that of 87 tons of CO2. The emissions from food that is wasted have around three times the global emissions from aviation.

2. Disruption of the Food Chain

Access to food waste can cause a disruption of equilibrium of predator and prey balance due to an increase in predator population. The disruption of balance leads to an decrease in overall prey, causing a domino effect rippling down the food chain.

A study in the Biological Conservation revealed that food waste in landfills near Monterey Bay, CA directed impacted the delicate balance of the coastal food web between the local seabird, Western Gull, and its prey, the steelhead trout. The Gull has its diet shifted towards the abundance of human trash, resulting in an increase in Gull population. Increased predation pressure on steelhead trout resulted in a drop of trout population. Other fish-eating birds around Monterey Bay were forced to prey on juvenile steelhead trout and move down the food chain to survive. This consequently resulted in a dramatic decline of overall fish population.

Food is often treated with pesticides, insecticides, hormones, antibiotics, and preservatives. When human food waste is dumped in the ocean, it is consumed by marine life. The chemicals in that waste accumulate as they move up the food chain and cause elevated levels of toxicity. The bioaccumulation of pesticide and other chemicals from food waste cycles back the food chain and ultimately ends up at the very source: humans.

As the concentration increases up the food web, it can reach dangerous levels for both fish and the humans who rely on fish as a food source.

Nutrients from food waste irresponsibly deposited into the ocean can cause eutrophication, a process in which high nutrient concentration in water causes algal bloom. Algal bloom typically happens as a result of nutrients such as nitrogen or phosphorus entering an aquatic system and causing phytoplankton to grow and reproduce. The algal bloom disrupts the normal marine ecosystem in a number of ways: using all the oxygen in the water, blocking sunlight for photosynthetic marine plants, and producing toxins harmful to the food chain.

Food Waste Management Near the Ocean

Seaside towns, resorts, and destination islands must be careful with their food waste management due to proximity to the ocean. Food waste management in luxury resorts and destination islands can be expensive and difficult to deal with. It is not a problem that can be solved overnight, nor can a single entity tackle it by themselves. Resolving the issues accompanying food waste require collective efforts and strategy.

In 2019, Hotelier Maldives hosted the GM Forum that featured a panel discussion emphasizing challenges and possible solutions relevant to the tourism and hospitality industry. President of Power Knot, Iain Milnes, was a keynote speaker who discussed why proper disposal of food waste was essential for hotels and resorts that are committed to sustainable operations and a low carbon footprint.

Food digesters are a proven solution for proper disposal of food waste. As one of earth’s oldest processes, composting is the most effective means of stabilizing and converting biodegradable waste. The LFC biodigesters manufactured by Power Knot digest (or decompose) food waste on site. The process is continuous and aerobic leading to ease of use and no smells. Like a stainless steel stomach, the food waste is not macerated but it is decomposed to such a degree that it becomes a liquid. The liquid exits the machine through a fine mesh screen and then is sent safely to the sewer system. Resorts use the output from the sewage system for irrigation.